I think I will blast through what I’ve been up to in chronological order, see if that works.

This month started with my Best of 2021 list, which was actually shot and edited incredibly quickly at the end of December. To buy myself the time to get the website going and all that.

How does he have such correct opinions how is he so right all the time.

Best of 2021 – Slipways and Taskmaster NZ

Why does he script all his videos too long though. Caleb Gamman high key fell off.

With all that done, I started to reassess where I was at for the year, I had hoped to get into my highly anticipated series (that I haven’t told you about yet) right away. But with work and *social commitments* looming there was no way I was going to fit it in. So instead, I decided to try and make a good video. I was going around telling everyone, “For my next video I’m going to try and make a good video.” Tragically forcing myself to actually deliver.

So it took me too long to write really. Trying to make a video that’s actually good is a case of repeatedly letting the drafts balloon out of control, and then condensing them down as much as possible, over and over, until I end up with something that feels tight and accessible. And then just reading it out dead-eyed and verbatim into a camera.

Realising my writing was taking too long, I tried to jump ahead and put together a thumbnail.

Disco Elysium has this very distinctive digital-oil-paint art-style, and I thought it might be a bit of fun to put together something like that. Probably not very good for the views but there you go. I posterised an image of my face to do a lot of the work for me, and then just messily painted over it with a boxy Photoshop oil brush. Taking absolutely no care with it, screwing up the colours, letting the background mix with the foreground. Very fun, highly recommended.

Through this time I also reconstructed Disco Elysium’s main menu background from the games files, to act as my backdrop. Adding a bit of animation and fog and light shimmer. Look. To make a good script you need a lot of time for the ideas to percolate okay.

Lego Digital Designer is shutting down this month. Fortunately stud.io is far superior. Better controls, rendering, access to every brick with estimated price and availability. Which last year, inspired me to try and make a feasible Talos I model.

I started with some scale explorations, deciding how big it would need to be to have the solar panel frame around it, but enough room for visible gaps, and recognisable features. Then I got to work on the “Hardware Labs,” the right-most wing of the station. Finished that up, and moved on to the main body, where I realised this model would primarily be an insanely expensive large grey block. So I gave up.

However while writing this video I did make a little mini version. Trying to represent it as small as possible. Close to how it looks from the moon in Mooncrash.
Bit of fun.

We’re now in the era of high-effort rear-projection.

So I’ve got some catching up to do. First, we’re gonna talk about The Book of Boba Fett (oh dear, why are we doing that), alongside a full VFX breakdown of my Star Wars Fixes. Then, Telltale’s Batman (likely with some adjacent Batman-adjacent bonus content). And, in spite of negligible interest Backdrops will continue. And finally, I’m going to pitch this series to you, before jumping into production on it.

And that’s all there is to know. 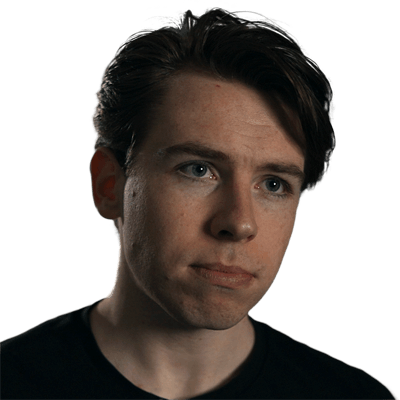